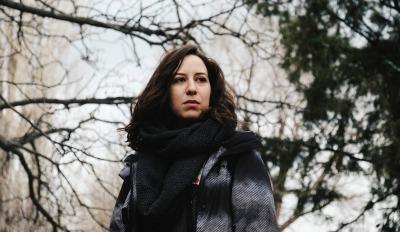 My Ex Hates Me! What Should I Do?

You may not be able to fix it, but there’s certainly something you can do to help the situation.

It’s hard to believe your relationship has devolved to hatred, but there’s really no other way to explain your ex’s behavior.

They are waging war against you. Their battle plans include extending the divorce process by every means possible, yelling at you, calling you names, and, worst of all, they’re using your children as pawns.

Your ex’s intention is meant to make your life miserable. And they’re succeeding. You feel absolutely miserable each and every time you have to interact with them.

“My ex hates me!” is a really easy conclusion to reach given what you’re experiencing. And it’s a valid conclusion too, because they do hate you – at least enough to behave in such abhorrent ways.

The problem is that adding their loathing on top of all everything else you’re experiencing as you’re dealing with your own grief is overwhelming.

You’re at your wit’s end and are searching for any way possible to prevent them from hating you or prevent you from being bothered by it so much.

In order to figure out what you should do about it, you’ve got to understand why they’re behaving in a way that’s causing you to adamantly state: my ex hates me.

Some possibilities for why your ex hates you include:

Once you have a good idea of all the reasons they have for hating you, you can more easily figure out what to do about it.

Now you need to determine what part you are actively playing in promoting their belief that you’re despicable. Admit your culpability in this situation and do what you need to do to clear your conscience. If you need to apologize, do it and then let it go. If you need to stop acting out in ways that aggravate their hatred, stop immediately and don’t go back to those behaviors – ever.

Next, wish them well – especially if you have children together. It may sound funny, but once you can start seeing them as a hurt individual instead of someone just this side of insane you’ll be better able to let your ex be with their drama without getting sucked into it.

The last thing you should do when you’re dealing with a “my ex hates me” situation is to ask yourself “Is it my job to make sure s/he doesn’t hate me?”

And here’s where things get seriously real. If your answer is anything other than “Absolutely not!”, then you need to rethink your answer.

Believing that you need to help your ex work through their process of dealing with grief is inappropriate. You’re no longer together and if you’re saying “my ex hates me!”, then you’re no longer friends either. You can’t make a person stop hating you, it’s something they have to do on their own.

However, there is a caveat to letting your ex work through their grief about the end of your marriage without interference from you:

If your ex is endangering you, your children, your relationship with your children, or themselves because of their hatred, then you need to get help – IMMEDIATELY.

Although it’s not the norm, some people have no limits when they try to exact revenge on an enemy. If this is your ex, then you should reach out to law enforcement, a parental alienation group, a suicide hotline, or some other group or individual who can help your ex and provide any protection you and your children require.

So as uncomfortable as it is to realize “my ex hates me!”, after you’ve done what you need to do to remove any immediate reason for their hatred, you just need to go on with your life. And by going on with your life, you’ll actually be giving them the space your ex needs to get on with theirs too (if they choose to).

I want you to know you don’t have to continue dealing with this on your own. I’m Dr. Karen Finn, a divorce coach and advisor helping people just like you who are struggling with their ex and don’t know how to stop the pain so they can move forward with their lives. If you’re interested in taking the first step toward working with me, you can schedule an introductory private coaching session.

Looking for more support and ideas for feeling better after your divorce? You’ll find what you’re looking for in Dealing With Grief.

From Endings To Beginnings

Divorce recovery is about more than just mourning the past. It’s also about looking expectantly toward the future.

A Quick And Simple Way To Dump Divorce Depression

Divorce depression is devastating. And yet this seemingly simple exercise is the key for many people to beat the depression and get on with the healing.