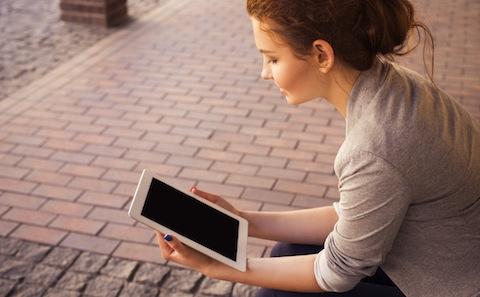 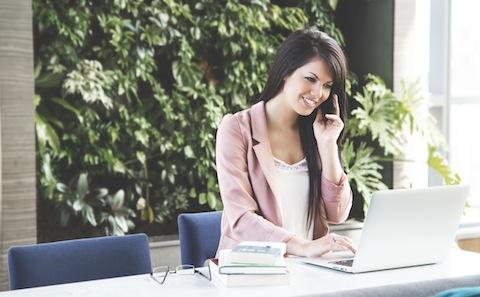 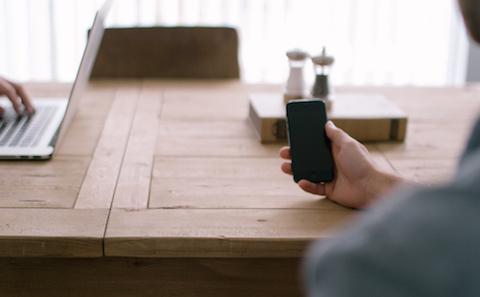 The people who choose to work with Karen Finn are experiencing all different kinds of situations. But they share one thing in common: they’re ready to take the steps to make their life better.

Below are a few examples of situations that her clients have experienced over the years.  You may see yourself in their stories - I hope that you do.  In them there is encouragement and hope; hope that you can move past the pain you’re in today and hope that you can create a brighter future. If, after reading them, you want to schedule time to discuss your situation please don’t hesitate to reach out and schedule your free session to get started.

Maybe your marriage is worth saving. Most are. The only ones that are definitely not worth it are abusive or have a spouse with untreated addictions or are just an abysmal example of marriage for the children to witness. Other than that it takes soul-searching to know if your marriage is worth it. What’s grounds for divorce for one couple is just a bump in the road for another.

This client was in deep, deep pain. His wife was asking for a separation and he was afraid that the separation would lead to divorce. He was torn between doing everything he could to save his marriage and figuring out how he could take care of his kids if they did split.

He loved his wife, the mother of his children, with every fiber of his being, but she was unhappy. He believed he had tried everything to make her happy and was a failure, but as a last resort he called me.

In our work together, we came up with a game plan for him to be able to be the husband he wanted to be and his wife yearned to have by honoring their individual needs and personalities. He took the game plan and won it all! Here’s what he had to say about our work and the continuing support he receives through the newsletters(link this to the newsletter page):

"I want to say THANK YOU!!!!!!!!!!!!! My wife and I reconciled in August 2012 and dealt with a lot of underlying issues mending all of the past hurts. I have kept your advice in the forefront of my mind daily about being positive and always moving forward. The emails I still get always remind me to stay humble, grateful and to be happy in the moment. I can say confidently that our marriage is calmer, more supportive, more passionate than ever."

"Thank you for making a profound difference in my family's life!!!!  You are a blessing in this troubled world."

Starting A New Life After Divorce

For many people, the positive outcome of divorce is that it’s like hitting a reset (or do-over) button on your life. Everything is up for negotiation and re-creation. You can become the “you” you always wanted to be. You can let go of old habits or negative thinking. You can attract a healthy NEW love to your life and you can actually find that hard-to-reach happiness you’ve been craving.

For this client, divorce was just the start of her journey. She was a woman living in a fantasy world that now that the “culprit” was gone from her life magically everything would “be better”. What she struggled to learn was that in the middle of her failed marriage, was her.  She played a part in its demise just as she was equally playing a part in creating a dull, boring, going nowhere life after divorce.

The work we did was to shake her up. To actually LOOK inside and see what she had the power to change and you know what, she did change. In just a few short months, she changed her attitude and embarked upon a wonderful new career. In her words it felt like this:

"If only I could capture this positive feeling and put it in a bottle and take a whiff/swig from it whenever I feel down. I always have a great time chatting to you and it amazes me how much 'stuff' comes out of our discussions. I am thoroughly enjoying our sessions and feel that they and you have been a TREMENDOUS help. Thanks so much for all you have helped me do and accomplish in such a short period of time."

“What about the kids?!” That’s the cry of most parents when they start thinking about divorce. It’s quickly followed by questions like: “What’s the divorce going to do to them?” and “How am I going to be able to parent them on my own?” Believe it or not, you can be a fabulous parent all on your own. Yes it’s hard, but it’s not impossible.  In fact, there are thousands of single parents out there doing it right each and every day.  You can be one of them.

In this client’s story, he divorced the woman he thought was his best friend.  The loss was devastating.  She wanted out. She wanted to leave. In her words, he wasn’t “good enough” and this not only hit him between the eyes (and in his heart) but in his manhood as well.  She left him for a man she considered to be “better off” and he was left wounded and trying to make sense of what had happened.  For him, the worst part was learning to care for his kids while trying to also managing the grief of losing his marriage, home and identity.

In the end, he learned how to be a single Dad that he could be proud of. Losing his marriage was devastating, but repairing the relationship with his kids was priceless.  In his words...

"Karen was outstanding in helping me through the emotional pitfalls during divorce. She is truly intuitive and insightful and I highly recommend her to anyone going through this difficult process."

Adultery is one of the most common reasons for divorce. The cheating spouse will often try to keep their marriage going despite having an affair (or several) sometimes for years. However, when their spouse discovers the infidelity, everything usually falls apart. The betrayed spouse struggles with not only the cheating, but feelings of unworthiness and fear of being unlovable, all mixed with tremendous grief and anger.

This client had been living a lie for nearly a decade and didn’t know it. Her husband told her he was impotent. Of course she believed him because who would lie about a thing like that? It turns out he would. He lied about it because he was having an affair with his best friend - a woman he worked with - who had actually lived with my client and her husband for about a year.

When she discovered their treachery and the theft of her sexual expression within her marriage, her grief knew no bounds, and yet she was afraid to truly release her husband. She wasn’t sure she could live her life without him because they’d been married for more than 30 years. So she took things slowly.

We first started working together shortly after she moved out to a place that was still close enough to him that he could visit her every day (and usually have her do something for him like make him dinner). We took baby steps and slowly she was able to discover how she wanted to live and where. She was able to tell him she didn’t want to see him every day and that she didn’t want to continue to take care of his daily needs.

She moved to the country to be closer to her family, explored new hobbies, began traveling for fun (not just for business) and rediscovered her sexuality. In other words, she found her full life again. This is what she had to say about her life before and after working with me:

"I was scared, nervous, grief-stricken, afraid of being 'reeled' back into my marriage, which I knew wasn't what I wanted. Now, my life is much better - more exciting. I have more control. I have a plan. I look forward to getting up in the morning."

The Stages Of Grief In Divorce

Most people assume that the only spouse that gets hurt in divorce is the one who is left. That’s just not true. The one who leaves hurts too.

People who call it quits have been grieving and hurting within their marriage - sometimes for years. Unfortunately, they don’t know how to explain their pain in a way their spouse can understand, they don’t know how to make things better whether or not they work with a marriage counselor or coach, or maybe they have forgotten who they are and just need to have a do-over in every part of their lives.

Some of these people feel like there needs to be a more concrete reason to divorce instead of simply saying something like: “I’m not happy and don’t believe I can be happy within our marriage”. After all, they think(usually subconsciously) there’s nothing obviously wrong to the outside world or their spouse so they need to create a “real” reason to divorce. These are the individuals that will have an affair.

This client cheated on his wife and felt miserable about it. He was afraid to divorce even though that was the decision they had reached mutually after working with a marriage counselor. He was especially afraid that he would lose his relationships with his daughters if he was to divorce their mother.

We worked through his fear, his grief, his self-reproach, his anger at himself, even his trepidation of living his life in a way that made him happy.

All of his hard work paid off. Today he’s happy, living the life he always dreamed of and better yet he has amazing relationships with both of his daughters. In his words...

"When I was struggling to make sense of the chaotic mix of emotions I was experiencing while going through divorce, I found one book to be particularly helpful. It was called: Rebuilding: When Your Relationship Ends. While it gave me a lot of answers and helped me understand my emotions better, I felt I needed the support of others going through the same struggles. Through an Internet search for divorce recovery groups that were based on that book, I located you. But because of scheduling conflicts, I was not able to join your workshops. Instead, since I felt I needed help right away, I opted to work with you one-on-one over the phone.

When we  first started talking, I was an emotional mess!  I felt hopeless, lost, grief-stricken, depressed, full of guilt and shame, and could barely function in day-to-day activities. It has been a very long process to get from a position of needing immediate emotional first aid to now being able to think more clearly and having a positive outlook on the next chapter of my life. Along the way, you have been a shoulder to cry on when I needed it, and pushed me at other times when I needed to be pushed. Sometimes you have stopped me from wallowing in self-pity and even called “BS” on me to get me back on track! I have gone from having sessions where I would break down crying to now being able to laugh and joke while talking with you. It’s such a great feeling!

It was a major emotional milestone for me when I graduated from “divorce recovery” to “life coaching.” You got me to that point. I am very glad that I found you. Thank you for helping me!  I look forward to living the happy life that you have inspired me to live."

Get started creating your own success story and schedule your Private Consultation.