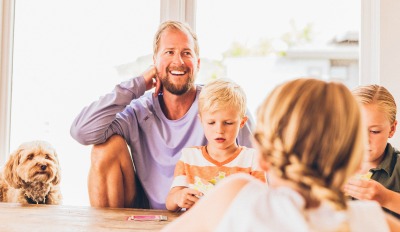 Who Does Infidelity Affect?

It’s not just the betrayed spouse who suffers.

Few things are as rending to love, let alone marriage, than the scourge of infidelity. But besides the jilted spouse, who does infidelity affect?

There is no question that infidelity undermines the very foundation of committed love. It wipes out trust and replaces it with shame, embarrassment, anger, depression, and often irrevocable loss of intimacy.

When a spouse cheats, the question of “Who does infidelity affect?” is rarely the frame of reference for the choice to stray.

Who does infidelity affect? It affects far more than you would think, including family and friends close to the marriage.

But the most sensitive barometers of change, especially change that “doesn’t feel right,” are children.

They may not have finely honed communication skills or the authority to make life decisions, but children are incredibly perceptive. And what they perceive becomes formative in their neurological and emotional development.

Infidelity affects the entire family. For children, it undermines their entire construct of who their parents are as people.

While divorce is devastating for children, it doesn’t necessarily carry with it the loss of trust that parental infidelity does.

Infidelity creates a feeling of betrayal in children, even when they don’t know what’s happening. They are acutely intuitive, and can tell when a parent’s emotional energy is being directed outside the family.

The question “Who does infidelity affect?” is incomplete without considering how it affects those in its wake.

For children, subtle changes are unsettling, and can leave them feeling anxious, frightened and rejected, and even blaming themselves. “Did I do something wrong?” “Doesn’t Daddy love us anymore?” “Is Mommy mad at me?”

The child who suddenly doesn’t have a parent’s attention, or is privy to hushed phone calls and other unusual behaviors, can develop an array of anxious behaviors.

Clinging, thumb-sucking, temper-tantrums and night terrors can all signal the child’s deep-rooted fear of losing his or her family according to family therapist Dr. Pittman.

Older children, beset by anger and/or a sense of betrayal, may react by acting out. Angry outbursts, underperforming at school, disregard for rules, disrespect when communicating with adults – even if they are not “in” on the truth, they will respond to their own perception of it.

Perhaps the most telling longitudinal effects of infidelity on children have to do with how they come to view future relationships.

Despite believing infidelity to be wrong, children of unfaithful marriages will tend to be unfaithful themselves. It’s as if the behavior is “handed down.”

Interestingly, the responses of children tend to be unique to the gender of the cheating parent.

When the father cheats, sons seem to “inherit” the behavior, and are more prone to cheat themselves. Daughters tend to grow up unsure of themselves and relationships, with an undercurrent of anger toward men.

When it is the mother who cheats, children are in danger of losing their confidence in the entire concept of marriage and family. (A reflection, no doubt, of the long-held perception of mother as foundational to “home.”)

Some of the consequences of infidelity for adults on both sides of the wound include guilt, shame and embarrassment. Even the person cheated on may feel displaced guilt, wondering if s/he somehow “caused” the cheating spouse to stray.

Both parties are likely to feel shame and embarrassment — albeit for different reasons — that this is happening to their marriage and family.

Infidelity is a lonely and isolating existence. The hiding, secrecy and looking-over-one’s shoulder are exhausting, to say the least.

And for both the offending and offended parties, the inevitable separation from friends and family in order to maintain the dark secret can breed depression and diminished self-esteem.

Even if a couple decides to stay together through and after the infidelity, there is inevitable loss of trust and intimacy. Something sacred to the marriage has been shared elsewhere, and that violation can impart irrevocable damage to a couple’s ability to restore intimacy.

This doesn’t mean that healing isn’t possible, or that building a stronger-than-before relationship is out of the question. But that outcome is the result of both parties being willing, determined and committed to save their marriage at all costs.

When considering the effects of infidelity, there is one person who is often disregarded: the person outside the marriage who participated in the infidelity. It can be easy to dump the blame and ensuing disdain onto this “intruder,” as if s/he accomplished the affair single-handedly.

Whether “the other person” is single or married, s/he is just as affected by the infidelity. And at no time is that more starkly evident than if and when the partner in the affair decides to end it and return to his/her marriage.

Even if the partner ends the marriage, ending the affair leaves “the other person” to recover from an unconventional break-up. And if that person is married, as well, but was placing future hopes on the “other” relationship, there will be another family struggling to heal for reasons that are the same but different.

There are always underlying signals and contributors, even if rooted in family-of-origin issues. And it certainly doesn’t exist in a fantasy-filled vacuum. Its most dramatic effects may be experienced in the gut-wrenching present; but its unpredicted, unseen effects may be most telling years ahead…when a child is left to make choices out of life lessons.

I’m Dr. Karen Finn, a divorce and life coach. I help people navigate the repercussions of infidelity and make the best decision about the future of their marriage. You can join my newsletter list for free weekly advice. If you’re interested in taking the first step toward working with me, you can schedule an introductory private coaching session.

Looking for more information about the repercussions of cheating? You’ll find what you’re looking for in Surviving Infidelity.

I Cheated. What Should I Do?

FacebookTweetPin Coming clean is the best thing you can do. So you’ve cheated and now you’re feeling a mixture of guilt and elation. Elation that it was so fun (and easy). And guilt because you have a spouse who trusts you implicitly. And so you struggle. You wrestle with whether or not you should tell… 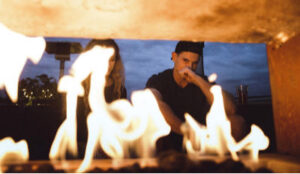 4 Reasons You MUST Tell Your Spouse You Cheated

FacebookTweetPin Even if you’re scared, coming clean with your spouse is the best thing for both of you if you want to save your marriage. Not everyone who has an affair set out with the intention to cheat. Most affairs just sort of happen. That’s probably how you wound up in this situation – by…