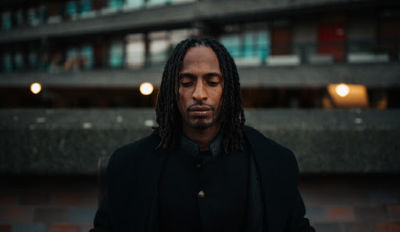 If you’ve ignored the early signs, your unhealthy marriage might have become toxic.

Every relationship has its emotional ebbs and flows. And locking in your commitment through marriage doesn’t guarantee steady waters for life. When boredom sets in or tempers flare, you may start wondering what happened to your fairytale utopia. What if I made the wrong choice? What if our marriage is unhealthy? What if the person I married isn’t really the person I married?

Even the best of marriages navigate predictable stages. No one can remain saturated in those stimulating, excitable romance hormones forever. At some point, couples have to live, return to work, raise children, deal with crises, see family and friends.

Ask the experts and they will tell you there are as few as three and as many as twelve stages of love. The number is less important than the message: love evolves. It is no more static than your feelings, preferences, and hairstyles are static.

A healthy marriage is grounded in friendship. Each spouse cares about the well-being and highest good of the other and accepts responsibility for his/her role when problems arise. The marriage is a partnership, not an enmeshment.

How do you gauge if your marriage is unhealthy? If there were a thermometer for relationship health, what would it be?

The most transparent indicator of the health of a relationship is how the partners communicate. You may not be hanging on one another’s every word anymore. But, if you’re not listening to or caring about what your spouse says (or vice versa), you should be seeing some red flags.

Communication whittles its way into every aspect of a relationship. It goes beyond the spoken word to what is unspoken, assumed, feared, felt, implied. We are always communicating (even with ourselves). What matters is what and how we’re communicating and whether we have the self-awareness to recognize those essential relationship elements.

Here are some signs that your marriage is unhealthy (or is heading in that direction):

It takes a lot of energy to look within yourself and evaluate where you could have done better in a situation. And it takes a lot of humility and trust to offer a sincere apology and commitment to work harder on behalf of your marriage.

Healthy marriages are anchored in self-responsibility. Spouses may have their tiffs, but they know how to fess up to their own failings.

When communication starts getting careless, spouses aren’t as interested in the other’s side of the story. It becomes easier to deflect, dodge, and open dialogue with “you” statements. And that becomes a tough habit to reel back in.

Marriage requires a constant infusion of positive intention. And, when life gets jam-packed with careers and children, you may lose interest in scheduling time for the two of you.

While sex is important to the health of a marriage, it’s not everything. Spending time talking, planning, going on dates, and trying new things together are all ways to build and secure intimacy.

If you notice that you’ve become more like avoidant roommates than a happily married couple, you may have a sign that your marriage is unhealthy.

This isn’t a trick statement. Obviously world peace is everyone’s goal, even on the homefront. But people in healthy marriages do fight. It’s why and how that matters.

If you are changing your behavior or giving up on things that matter to you because you don’t want to fight, pay attention. This pattern could be a red flag that bigger issues are going on.

Are you afraid of your spouse’s temper? Do you feel exhausted just thinking about what the fight will look like? Do the two of you not have rules about arguing? Have you started giving up on your marriage?

Marriage is supposed to be an equal partnership in which both parties bring their influences, needs, and wants to the same table.

When a marriage is unhealthy, issues of control are usually evident. Finances are an easy weapon of control. One partner starts deciding how money is spent and how much the other spouse can spend.

Control can also spill over into areas like friendships and outside activities.

Laughter isn’t just good medicine, it’s like Super Glue. Couples who laugh at themselves and at their own “relationship funnies” have a deeper intimacy than those who don’t.

Think about how your relationship and life in general would look if you didn’t take yourself quite so seriously.

The leap from “unhealthy” to “toxic” may seem more like a fine line than a leap, especially if you don’t pay attention to early signs.

In toxic marriages, feelings of unhappiness are often coupled with feelings of fear and/or hopelessness.

Here are some signs that your marriage may be toxic:

When one spouse uses intimidation, demands, or threats to control what the other spouse spends or does, the marriage may be toxic.

Control is one of the many signs of abuse, and it can bleed over into every area of a relationship.

Control (and abuse in general) thrives in a context of isolation. If you notice that your social life has become non-existent, or if your spouse shames you for your friendships, you have reason to be concerned.

In a healthy marriage, both partners have an equal voice — even when they disagree. Each person’s feelings, needs, and wants matter as much as the other’s.

In a toxic relationship, however, one partner is often shut down and given no voice.

As one of John Gottman’s Four Horsemen of the Apocalypse, criticism is a way of attacking another person. It goes straight to the person’s character, usually in the form of “you always/never” statements. It is the entry to a cycle of criticism and defensiveness, both of which can quickly erode a marriage.

Even when a marriage is unhealthy, spouses may still have common core values. They just may have lost sight of how to live them out in the context of the marriage.

If your marriage has become toxic, you probably don’t have even the most essential things to hold onto anymore. If you’re not on the same page about essentials like children, careers, and issues of faith, it’s difficult to have something to work toward.

A healthy marriage is fertile ground for the self-esteem of both partners to grow and be strengthened. When you don’t even recognize yourself anymore, you may be in a toxic, even abusive, relationship.

Both unhealthy and toxic relationships are cause for immediate action. Seeking intervention can help you fix an unhealthy marriage and get that loving feeling back.

Fixing a completely toxic marriage may not be possible. But ultimately only you and your spouse can decide if it is worth the effort. Whether to stay in your miserable marriage or divorce is a difficult decision. But when there is self-awareness and determination to evolve, there is always hope.

I’m Dr. Karen Finn, a life and divorce coach who helps people, just like you, who question whether to stay in a miserable marriage or divorce. You can download your FREE copy of “Contemplating Divorce? Here’s What You Need To Know”. And if you’re interested in working with me personally, you can book an introductory 30-minute private coaching session with me. 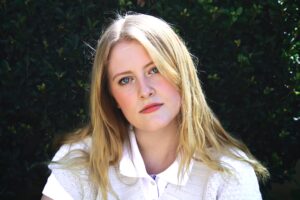 What To Do If You’re Unhappy With Your Marriage & Depressed

When you’re unhappy with marriage and feeling depressed, it’s hard to know what to address first. Read on for help healing & moving forward. 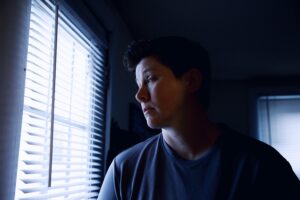 How To Escape A Miserable Marriage

The most important message for someone asking how to escape a miserable marriage is: Have a plan. This is what to include your escape plan… 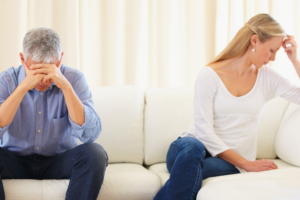 What Is Unhealthy Communication In Marriage?

Unhealthy communication in marriage can just happen. But by knowing exactly what it is you can change the way you communicate and make your marriage better.