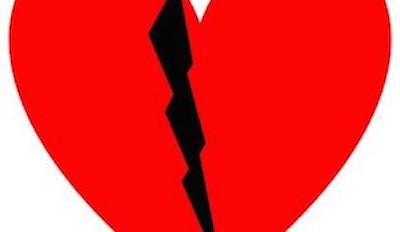 Feeling Heartbroken? 3 Ways to FINALLY Get Over Your Ex

Drowning your sorrows in Häagen-Dazs and Kleenex isn’t the only way to get over your ex.

Feeling heartbroken over the loss of a relationship colors the whole world a shade of gloomy gray. Misery and grief are all you can recognize. And although this is normal, it sure doesn’t feel that way. Most of us want to get over heartbreak as quickly as possible.

The key to getting through the gloomy, tear-stained grayness of your heartbroken existence is to go through it, to feel what you’re feeling, and to see your ex differently. Yeah, I know it’s much easier for me to say that than it is to do, so here are 3 steps you can take (and why you should take them) to get over your ex.

The Atlantic’s Olga Kazan wrote a piece called The Forgiveness Boost. The article suggests that making amends with those who trespass against us can yield both physical and mental benefits. For example, forgiveness can…

But just HOW do you forgive someone? In the same article, Everett Worthington, a professor of psychology at Virginia Commonwealth University, suggests a 5-step process called “REACH” — Recall, Empathize, Altruistic Gift, Commit, Hold.

Most people approach heartbreak with a box of tissues and a gallon of ice cream. But, if you’ll give these three steps a try too, you’ll heal your broken heart much more quickly.

I’m Dr. Karen Finn, a divorce coach and advisor helping people just like you who are dealing with the stress and pain of divorce. You can join my newsletter list for free weekly advice. And if you’re interested in taking the first step toward working with me, you can schedule an introductory private coaching session.