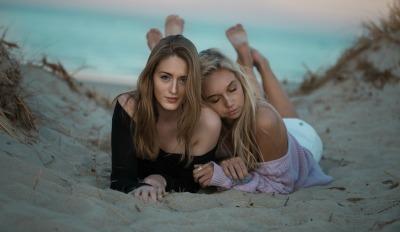 Even “nice” prejudices cause more harm than good.

I’m sick and tired of all the divisiveness we’re subjected to every day here in the US. Our culture seems to thrive on the us vs. them mentality.

We see it in the way people segregate themselves into groups with a strong loyalty that often transcends logic (often referred to as tribalism). Just a few examples include the rabid nature of our 2-party political system (especially during election time); the way we root for our favorite teams; how we identify not as being Americans, but as a particular type of American (African, Latino, Chinese, etc.); and in our sexuality.

Now don’t get me wrong. I believe having a strong sense of identity is important and that challenge can promote growth. But we go overboard with it when we use our sense of us vs. them to produce barriers that prevent communication or to promote a prejudice – even when that prejudice is “nice”.

One of the “nice” prejudices I’ve repeatedly run across has to do with same-sex divorce.

The right for same-sex couples to marry in every state is still new (it became the law of the land on June 26, 2015). Many same-sex couples have taken advantage of the new law and gotten married. And what happens when people marry? They might “live happily ever after” or they might get divorced.

And here’s where the “nice” prejudice comes in. Many people (including some in the LGBT community) assume that since same-sex couples are so different from heterosexual couples that their divorces must be different too. And not just different, but easier!

Obviously, having easy divorces would be great for those same-sex couples who end their marriages, but this just isn’t true! In fact, it’s often a larger legal nightmare for same-sex couples because of all the inconsistent laws and misinformation that even those who are supposed to be in the know propagate.

Homosexuals who divorce face the same emotional roller-coaster as heterosexuals. They have to face their grief, they have to heal, and they have to rediscover how to be happy again.

One of the most common resources that heterosexual people have access to when they are healing from their divorce is divorce support groups. But homosexuals often don’t feel comfortable or welcome in these divorce support groups because most of the groups meet in churches and/or follow a strict teaching about marriage only being between a man and a woman.

So finding the support they need can be much more difficult for divorcing homosexuals than heterosexuals. (Thank goodness for places like DivorceForce’s communities!)

Divorce takes your life – regardless of your sexual orientation – puts it into blender and spits out this nearly unrecognizable existence. You’re left questioning your identity, your desirability, your ability to trust, your ability to love, your ability to live on your own, your financial status, your relationship with your children, your friendships … In essence you’re left recreating yourself and your place in the world.

Making the assumption that divorce is somehow easier for homosexuals is not only horribly wrong, but horribly hurtful. By making light of the experience of divorce, those going through it are victimized – again.

The whole thing that really pisses me off about this divisiveness – even with its “nice” prejudices – is that it causes us to forget that those people who we categorize as them are people – people with hopes, dreams and feelings just like us.

So yeah, those stereotypes about “them” have got to go and yes, homosexual divorce hurts too – a lot.

I’m Dr. Karen Finn, a divorce and personal life coach helping people just like you who are divorced and ready to get on with their lives. You can join my anonymous newsletter list for free weekly advice. And if you’re interested in taking the first step toward working with me, you can schedule an introductory private coaching session.

Looking for more support and ideas for getting through your divorce? You’ll find what you’re looking for in Dealing With Grief.