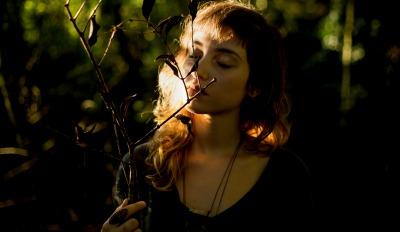 5 Tips For Dealing With Anger Due To Grief About Divorce

Finally learning how to deal with your anger in a healthy way is an unexpected benefit of divorce.

Almost everyone who goes through divorce gets angry about it.

Your anger may only register as a sense of frustration, or it may be as overwhelming as rage, or something in between these two extremes. But that doesn’t mean that’s how it will feel tomorrow or even in the next moment.

That’s just how healing from divorce is – one unpredictable emotion after another.

Anger is a normal part of any grieving process and needs constructive expression if you’re going to avoid becoming bitter or enraged because of your divorce.

So, dealing with anger due to grief is definitely a skill you need to learn to get over your divorce.

However, before you can really deal with your anger you need to jettison the baggage about it that you’re carrying around. (Yes, you, like everyone else learned stuff that’s not all that helpful about anger.)

Maybe you believe that anger is bad and shouldn’t be expressed. So anytime you feel the slightest twinge of anger you suppress it. The problem with doing this is that the anger will fester and cause you both physical and psychological problems.

Or maybe you believe that it’s better to be angry instead of feeling vulnerable or hurt. Yet, when your marriage ends (especially when you don’t want it to), it’s a very painful experience. You have a right to feel hurt, vulnerable and out of control of the situation.

The truth is that anger is an entirely normal emotion in response to feeling wronged or having your plans thwarted. And if your soon-to-be-ex has decided they want a divorce, you absolutely feel wronged and that they have ruined all your plans for the future.

However, you don’t want to get stuck feeling angry. So you need a game plan for what to do when your anger emerges.

Game plan for dealing with anger due to grief about your divorce:

This might sound obvious, but you’d be surprised by how many people who have developed the skill of ignoring their anger because of a belief that anger is bad.

It’s also important to recognize that you feel angry because it interrupts the emotion’s control over you which will give you a moment to choose how you will express it constructively.

After you’re aware of your anger, you need to let it out in a meaningful way. Some of the ways you might get your anger out include:

Scream into a pillow

Go for a run

Talk with a friend or helping professional about your anger

But be careful to notice how you’re feeling when you use any of these methods because sometimes your anger will increase. If you get angrier, stop what you’re doing and choose another way to let your anger go.

3. Find your own meaning for what’s going on.

When you’re grieving the loss of your marriage, you’ll ask questions like “Why is this happening?” and “Whose fault is this – theirs or mine?” Wondering about these types of questions create frustration and anger because you feel helpless, powerless and abandoned.

It’s time to begin answering these questions for yourself from as kind and compassionate a place as you can. The intent behind the answers isn’t so that you can let anyone off the hook, it’s so that you can let go of some of the hurt and start to heal instead of being stuck in your anger.

It might be that each and every single time you see your soon-to-be ex you become enraged. You might be facing what would have been your anniversary and feel really pissed. Or you might look at all the bills that have piled up because of your divorce and feel fury at having to deal with all of them on your own.

If you know what sets you off, you’ll find it easier to acknowledge, express, and change your story about it. And if you can do that you’ll move through the anger phase of your divorce grief more completely and quickly than if you’re unaware of your triggers.

5. Plan ahead for potentially triggering situations.

Whatever it is that triggers you, plan ahead for how you’ll deal with it. The more prepared you are for diffusing your triggers, the less anger you’ll feel when you do face them.

This 5-step plan for dealing with anger due to your grief about your divorce is a great place to start, but it won’t magically prevent you from ever feeling angry about your divorce again. Divorce recovery is a process and cyclical which means that chances are you’ll go through more than one anger phase.

But each phase should be less intense than the previous one because of all the work you’re doing to become aware of your emotions, identify why you’re feeling that way and then take positive action to address your triggers.

It’s by putting in this work that you’ll move through your divorce anger and grief and finally put the pain behind you.

I’m Dr. Karen Finn, a divorce and personal life coach helping people just like you who want support in dealing with the pain and frustration of divorce. You can join my newsletter list for free weekly advice. And if you’re interested in taking the first step toward working with me, you can schedule an introductory private coaching session.

Looking for more ideas about dealing with anger and grief? You’ll find what you’re looking for in Dealing With Grief.