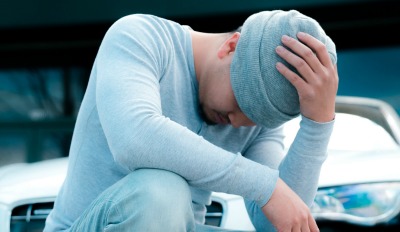 7 Signs Of Grief After Divorce

How to find your finish line for dealing with grief after your divorce.

And that shouldn’t be surprising. Divorce, death and other forms of loss are all permanent departures from what has become your norm, your rhythm…even your security. The unraveling, the unfamiliarity, the aloneness, the emotional upheaval — it can feel like a 24/7 bad dream in a foreign language.

No matter how you got to this point or who did what, divorce sucks. It hurts. It drains. It confuses. And it can even catch one of the spouses off-guard, with no time to plan an emotional response.

While the signs of grief after divorce are listed in a tidy, logical order, your experience won’t be so tidy. Trust me on this one. The stages of grief have minds of their own and a full tank of gas…and they like to take the scenic route! Knowing this as you navigate your divorce experience can save unnecessary heartache when you start recognizing landmarks you thought you already passed.

If you are in the early stages of your divorce journey, you may recognize them from previous losses in your life. Keep in mind that it is one thing to “know” the signs and stages of grief; it is quite another to live them.

Seven signs of grief after divorce. All nice and orderly, with a predictable finish line, right? Well, the truth is you could place them all in a hat and draw one or more out on any given day. You may even get the same one over and over. But let’s hold onto acceptance as the finish line…because there really is a light at the end of the dark tunnel.

I’m Dr. Karen Finn, a divorce and life coach. I help people make it through their divorce journey by working through the signs of grief after divorce, so they can create a happy post-divorce life. You can join my newsletter list for free weekly advice. And if you’re interested in taking the first step toward working with me, you can schedule an introductory private coaching session.

Looking for more about information about getting over your divorce? You’ll find what you’re looking for in Dealing With Grief.