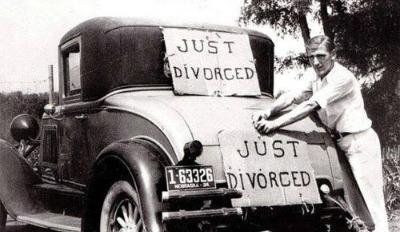 Unlike divorces that happen earlier in life, it’s not the kids.

Every divorce is full of challenges, frustrations and problems. But gray divorces (those that occur when people divorce in their 50s and beyond) has a unique set of issues.

Most couples who divorce later in life are empty nesters. Their kids are out of the house and living their own lives.

You could say this simplifies a gray divorce because you don’t have to worry about child custody or child support or visitation. (But just because the kids are out of the house that doesn’t mean they won’t have difficulty with their parents’ divorce.)

But this seeming simplification for gray divorce is offset by a major complication – retirement.

When you’re over 50 and divorcing you’re at most 15-20 years from retirement. And all those retirement plans you’ve been making for the decades you’ve already been working? They dissolved along with your marriage.

It’s this decreased time to recover financially from divorce that makes gray divorces so challenging.

So what do you do? You think carefully about every decision you make.

After years of marriage, a couple’s shared assets are much greater and probably more complicated than those of couples who have shorter marriages. And the division of these assets impacts lifestyle not only immediately upon divorce, but also into retirement because of the relatively short timeline before retirement.

For example, when younger couples divorce, their marital home is usually their largest joint asset and can fairly easily be dealt with during the divorce. What often happens is that one spouse will buy the other out by refinancing the mortgage or even taking out a second mortgage.

But when a couple who’s closer to retirement decides what to do with the marital home the option to buy out the spouse is less likely because the long-term earning potential necessary to carry a second note on the home just isn’t there. As a result, the house is typically sold and both former spouses downsize – and downsize a whole lot more than their original retirement plan called for.

In the US another major challenge for gray divorcees (especially for those who have been a stay-at-home parent) is healthcare coverage until they qualify for Medicare. Many choose to use COBRA so they can continue the same healthcare coverage they’re used to, but the rates are often quite high which takes a chunk out of any spousal support they may be receiving.

And paying spousal support many years into the future, especially when those years occur after retirement, can be very difficult for the primary breadwinner.

Finally, many people who divorce after 50 worry about being alone for the rest of their lives. This makes recovering from divorce that much more difficult because these people begin to wonder what there is to look forward to. The end result is that they lose hope more easily than those who divorce when they’re younger and are at higher risk for getting stuck in their divorce recover efforts.

Regardless of what triggers a gray divorce and the challenges a divorce at this time of life brings with it, the truth of the matter is that divorce is a life transition and your life after divorce will be what you make of it – just like every other life transition you’ve already experienced.

Looking for more tips on how to deal with your gray divorce and move on with your life? You’ll find what you’re looking for in Life After Divorce.

I’m Dr. Karen Finn, a divorce coach and advisor helping people just like you who are wondering how to make their life work during and after divorce. You can join my newsletter list for free weekly advice. If you’re ready to take the first step toward working with me as your personal coach, you can schedule an introductory private coaching session.

This article was originally published at DivorceForce.com. 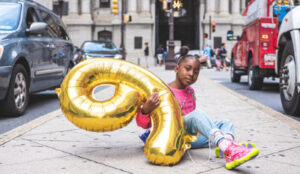 How To Take That Post-Divorce Awkwardness Out Of Special Occasions

Post-divorce special occasions don’t have to be awkward and weird. Follow these tips to still have great celebrations!

There’s no doubt about it. Divorce recovery is tough. But if you let it consume you, you’ll miss out on a whole lot of life that you will never get back.