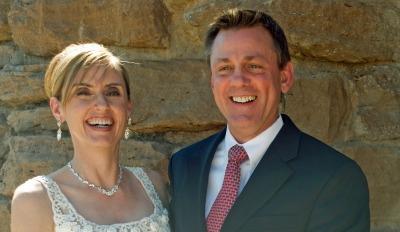 Some Promises Are Meant To Be Broken

When you divorce, you’ll make promises to yourself that don’t make sense to keep for the long haul.

Last May my husband (he’s my second) and I (I’m his third wife) celebrated our anniversary. But it was an event that almost didn’t happen because of a promise I made to myself after I divorced.

When I got divorced in 2002, I hurt. The pain was so intense that I wasn’t sure I’d survive it.

I kept having fleeting thoughts of suicide, but I was assured that those thoughts were pretty normal. I was still worried though. What if those thoughts started to stay around longer? What would I do then? How would I stop them? I was terrified by the unfamiliarity of these self-destructive thoughts that kept popping up. Was I losing my mind?

I also wasn’t taking very good care of myself. I mean we all have trouble sleeping when we’re going through divorce, and I was doing my best to try to get better sleep. But that wasn’t eating either. Food had mostly lost its appeal.

But I was also withholding food from myself for two other reasons. First, I didn’t want to get fat. In my mind I associated being fat with being unlovable (thank you first husband for making sure I understood that was your opinion). And if I was unlovable, there wasn’t much point in living. Second, I was afraid of spending too much money on food because I was terrified that I might lose my job and not be able to pay my bills.

The other really big source of pain was that I’d gotten divorced in the first place. I had made a vow to stay married for better or worse. And I failed. It didn’t matter that my first husband and I agreed that we would both be better off if we divorced, I felt like a failure. But beyond the feelings of failure, I also was terrified that God would strike me down because I’d gotten divorced. In fact, I kinda began to expect it.

Now, I’m not saying that my fears and pain were 100% normal and sane, but I’m not saying they were indications of insanity either. They were just manifestations of my pain at having my life as I knew it vanish and being unsure of who I was anymore.

Luckily, over time and with a lot of effort, I slowly crawled out of the quick sand of misery I was stuck in. And as I started to be able to see myself and the rest of the world a bit more clearly, I latched on to the idea that the reason I went through all of that horrible pain after my divorce was because I’d gotten married in the first place. So I made myself a promise: I would NEVER marry again.

As I began creating a new and better life for myself, I started dating again – just for fun. (The first time I started dating was as soon as I was divorced, but that’s a story for another time.)

And you know, after I’d been on eHarmony for 3 months and been on lots of dates, I met Jim. We talked for more than a month before we met in person and when we did he both scared and intrigued me. He scared me because he gave me a big bear hug as soon as we met. I wasn’t expecting it because back then I didn’t know anyone who would greet a stranger like that. And he intrigued me because his conversation displayed a wonderful combination of confidence and shyness. (And, yes, I thought he was good looking too.)

Well, we hit it off pretty quickly and we both stopped seeing anyone else within a month of meeting. We also moved in together at about that same time too. (YUP! I know it was fast and I certainly don’t recommend the pace of our relationship for everyone.)

Six months after that I decided to take a job out of state. He decided to move with me. The first time he proposed was shortly after we moved. I was non-committal because I didn’t want to marry again. Remember that promise I made to myself?

A year after that, he decided to take a job out of state and he asked me to marry him again. He was really insistent that he wanted to have a ring on my finger before he left and he wanted to have a ring on his finger before he left too. I agreed to get engaged, but I thought to myself, just because I’m engaged that doesn’t mean I have to get married. I was still bound and determined to keep my promise of NEVER marrying again.

After we’d had a long-distance relationship for a year, I decided to move and live with Jim again. He suggested the move and finally getting married by saying something along the lines of “Just say ‘yes’.”

BUT in my mind I was only saying “yes” to moving in together again.

After more than a year passed, Jim finally got frustrated with me and asked “Why won’t you marry me?” I had all kinds of excuses running through my mind, but none of them really made sense. So I changed the question to “We’re living together, so why does it matter?” All he could say was that it mattered. He told me I could have any kind of wedding I wanted and then pressed me to finally set a date.

I relented – kinda. I knew exactly where I wanted to get married and I also suspected that it would be impossible to be married there for a year or more because of a waiting list. Well, I was wrong. We could get married there in just 3 months.

I was still hot and cold about the whole idea of marriage right up until the moment I said “I do”. But when I said “I do”, an amazing thing happened. I felt peaceful. I felt lighter and I felt happy.

I’ve had several years to think about it since then. And I’ve realized that I made the promise to NEVER marry again when I was still hurt. I made it when I thought that all men were the same and that I would never grow or change.

Because I was so afraid of being hurt again, I didn’t really let myself live. I had too many walls up about what was and wasn’t appropriate for me and what risks I was willing to take.

Luckily for me, Jim was willing to wait for 4 years for me.

I’m Dr. Karen Finn, a divorce coach and advisor helping people just like you who are struggling with creating a new life after divorce. You can join my newsletter list for free weekly advice. If you’re ready to take the first step toward working with me as your personal coach, you can schedule an introductory private coaching session.

This article originally appeared on DivorceForce. 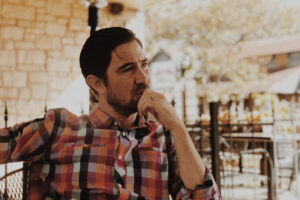 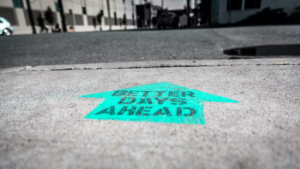 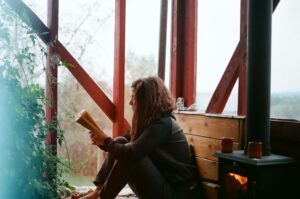