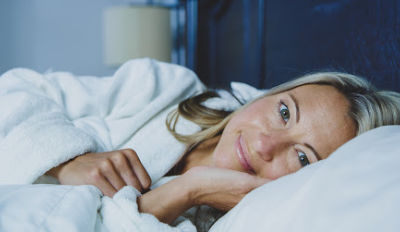 I Stopped Sleeping With My Husband To Save My Marriage

Happy couples make their own rules!

The idea that “opposites attract” is cute in the beginning of relationships, but once you’re married or together long-term, those differences soon drive you mad.

My husband and I are certainly a case of opposites attract — especially when it comes to sleeping. He’s a night owl, who loves to steal the covers and roll all over the bed, without regard for whom he’s rolling over. I’m an early bird, who loves to sleep in a neat bed with tight sheets in a dark, quiet room.

When we first moved in together, he installed a ceiling-mounted TV stand in our bedroom. This TV stand seemed a bit extreme to me, but I laughed it off because I loved him AND I thought he’ll only want to watch a movie in bed once in a while.

Years later, I wasn’t laughing so much. It turns out he had a difficult time falling asleep without watching TV. So we would watch until he fell asleep and then I would turn it off. That’s when I could finally get some sleep. I just slept in a little later than I did before he moved in and later than I preferred.

I thought we had things all worked out. And, we did … until life started happening. Each time we moved or one of us changed jobs it seemed like our whole sleeping arrangement called for minor readjustments, as well. Some of the tweaks we made over time included an eye mask for me and a tablet with ear buds for him.

We managed to continue changing things up to accommodate both of us, for several years. But, this last move just about broke us. I don’t just mean that we were arguing about our sleeping differences. I mean that we were both seriously wondering if we’d be better off divorced!

The only things holding us together were a (distant) memory of loving each other and a determination to make it work, because that’s what married people do. Right?

Every once in a while I couldn’t take the arguments and I would go sleep in the guest room. I got a good night’s sleep, but it infuriated my husband because we were in a marriage together and therefore, supposed to sleep together!

One morning after a good night’s sleep, I admitted to him that I slept better when we slept apart. I asked him how he slept. He said he slept better, too. I took a deep breath, fought my fears of starting another argument and asked the million dollar question: “What do you think of us sleeping separately?”

It pissed him off! … at first. But, the more he thought about it, the more sense it made to him. His biggest concern was what people would think, because according to the “rules of marriage” a husband and wife are to sleep together — period! I told him it was no one’s business but ours.

And, you know what? He agreed! We’ve been sleeping separately for nearly a year now. Our home is much more peaceful and it’s so much easier to remember that we love each other. I know it may sound a bit dramatic, but I really think sleeping separately saved my marriage.

(I know you’ve got questions, so let me answer them. Yes, we still have sex and usually in his bed because he doesn’t mind sleeping in rumpled sheets. Yes, we have sleepovers, but only when company needs the guest room. Since we only sleep together occasionally our sleeping differences are a bit cuter again, but only for a few days.)

It took a lot for us to break one of the “rules of marriage.” But, what I’ve learned since then is that we’re not the only ones breaking this rule. Today reported that 60 percent of the 14,000 people who responded to one of their polls actually sleep better alone!

Breaking the rules really works for us. If your opposites-attract differences are driving you mad, maybe a little creative problem-solving is the right approach for you, as well.

“Love” doesn’t mean sucking it up and suffering for the other person. Love means evolving, getting creative, and making room for BOTH people’s needs to get met — even if that requires breaking rules or convention a bit.

After all, just blindly following “the rules” without regard for your truth (or your spouse’s) is just sucking it up and suffering for the sake of your marriage. No one needs to put up with a cookie cutter marriage that feels suffocating. So, go ahead and try breaking some rules together! 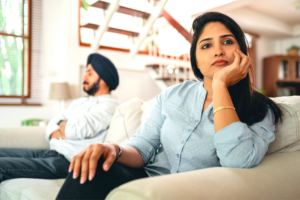 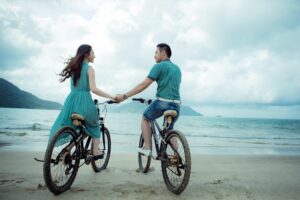