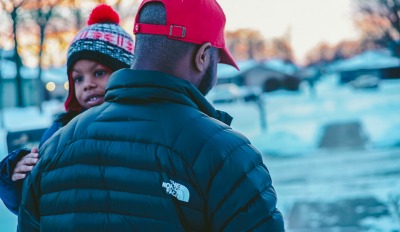 10 Tips For Co-Parenting Without Power Struggles

Co-parenting without power struggles is more than a nice idea. It’s a must for your kid’s happiness.

Power struggles are often one of the reasons people divorce. But when children are involved, that push-and-pull has to stop.

Co-parenting without power struggles is more than just a nice idea. It’s something that has to happen if your children are going to survive the family break-up with any sort of normalcy and healthy development.

Ideally, co-parents approach the arrangement as an equal partnership in raising their children. Both adults contribute financially, emotionally, and with physical presence. They abide by their divorce and custody decree, communicate openly and civilly, and leave onlookers wondering why they ever divorced in the first place.

But the picture is rarely painted in such bright, unicorns-and-rainbows colors. More often than not, divorced co-parents are hanging onto unresolved marital issues. And insofar as they have to stay connected because of the kids, they battle the remaining issues out on the parenting field.

Common experiences of single co-parents include:

Co-parenting without power struggles may seem like a tall order after looking at that list. And in reality, it is — if only in the sense that it calls upon adults to…well…act as adults. No matter what their “adult” issues are, their children have to come first. Unequivocally. Non-negotiably.

And in that regard — assuming that both parents are wholeheartedly committed to the highest good of their children — divorce can actually evoke the best in two people who couldn’t be the best of themselves in their marriage.

No matter what, children learn from and emulate the behavior of adults, and especially their parents. Even if only one parent is aware and willing to behave as a responsible co-parent, the children can still benefit in their formative and longitudinal development.

The ability to co-parent without power struggles assumes that the situation is not impaired by an unfit parent, parental alienation, or an uncooperative/unreliable/controlling parent.

Even if there are acrimonious feelings left over from your marriage, as parents you can still rise above yourselves and focus on being good parents who cooperate for the welfare of your kids.

Below are 10 tips for co-parenting without power struggles:

Divorce is hard enough, especially when two people part with stewing, unresolved bitterness. Having to co-parent children can feel like a test of your already stomped-on spirit. You may not want to share the same planet with your ex, let alone what you love most — your children.

But by shifting your perspective, you can actually embrace co-parenting — without power struggles — as an opportunity to ensure that your children grow up happy and healthy, reflecting the best qualities of both their parents.

I’m Dr. Karen Finn, a divorce and life coach. I help people navigate co-parenting without power struggles. You can join my newsletter list for free weekly advice. If you’re interested in taking the first step toward working with me, you can schedule an introductory private coaching session.

Looking for more information about dealing with parenting after divorce? You’ll find what you’re looking for in Coparenting. 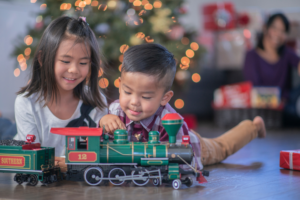 Divorce and the holidays can make things pretty miserable for kids. Here’s how to help your kids of divorce have happier holidays even if they aren’t with you. 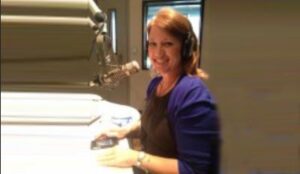 How YOUR Anger Affects Your Children During Divorce

Kids are sponges. They absorb everything you say and even what you don’t. Discover how your divorce anger could lead to parental alienation. 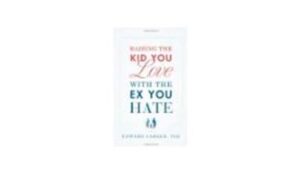 Review of Raising the Kid You Love With The Ex You Hate, a book about effectively co-parenting.