How To Know When You MUST Get A Divorce

Even when everybody else thinks it should be obvious to you, it rarely is.

As confusing as it is for most people to decide if they need to get a divorce or not, there are three situations that require you get a divorce if you (and your kids) are to live a healthy life.

If you’re not in one of these situations, it can seem pretty clear cut that these marriages need to end.

The trouble is that if you’re in one of them, it’s not nearly so easy. These situations usually develop over time. It’s like the story of the frog in the pot, things change gradually over time and you don’t really notice how bad things really are. You need someone looking in from the outside to give you a different perspective.

Unfortunately, you probably don’t have anyone who can look at your marriage with an unbiased eye because they’ve watched the gradual change in your marriage too.

So here are some situations I’ve helped clients deal with over the years that may help you to see your marriage in a different light. (These stories aren’t about any one person, but a compilation of several people who faced similar circumstances.)

This couple was married for more than 20 years when I met him. He was unhappy in his marriage, but not sure if he was unhappy enough to call it quits because he still loved her.

When he decided to call me, his wife had just been arrested for her third DWI.

As his story unfolded, he shared that after her first DWI, he was frightened and begged her to get help. She joined AA and he joined Al-Anon. But she quit – not relapsed, but quit the program within 2 months of joining.

Six months later she was arrested again for DWI. He was devastated, but he loved her and wanted to honor the commitment he made to her when they married. So, he got her to agree to a treatment program.

She was sober for several months after that, but then she started drinking again – secretly.

Eventually, he found out. And when he confronted her, she promised that she had everything under control.

He desperately wanted to believe that she could control her drinking, but when she was arrested for her third DUI and had her license revoked he wasn’t so certain. He still loved her, but wasn’t sure he could continue living with her untreated addiction.

A pregnant woman reached out to me with uncertainty about whether she should stay in her marriage or not. He was her second husband and she had one child from a previous marriage.

She had been noticing that her husband was treating her child brusquely. She chalked it up to the fact that his stepfather had treated him the same when he was a child. She believed that by talking with him about what he was doing that he would change because he was a good man.

She also told me that her husband is prone to fits of rage. When he’s like this he says despicable things about her. Again, she felt that she could handle things because she knew he didn’t really mean them. He was just feeling stressed.

However, she started wondering if maybe she was wrong about her husband when during one of his fits he physically threatened her child right in front of her.

A Marriage You Wouldn’t Want Your Child To Have

She requested a consultation with me because her 12-year-old daughter asked her, “Do you love Daddy?” When she asked her child why she would ask such a question, her daughter said it was because they were always yelling at each other and because Daddy slept in a different room.

Her daughter’s observations broke her heart because her daughter was more aware of what was going on than she had thought. She’d known for years that they were setting a terrible example for their daughter. So they tried all kinds of things including couples counseling. Unfortunately, nothing helped. In fact, things seemed worse.

She just wasn’t sure what to do. She wanted her daughter to grow up in an intact family. But she didn’t want to put her little girl through the stress of the constant arguments.

Maybe you recognize yourself in one of these stories and feel your own confusion of conflicting desires.

Making the decision to divorce is NEVER easy – not even in those situations when someone looking in would wonder why you’re still in the marriage.

It all comes down to getting real about whether you (and your kids) can have a healthy and happy life given who you’re married to and how you respond to your spouse.

We all tend to choose the pain we know (the marriage) instead of risking the pain we don’t (divorce). And that’s why so many people stay in marriages that really should end.

If you’re not sure if staying married is the best answer for you and your circumstances, reach out to me. I can help you finally decide whether you should stay or go.

I’m Dr. Karen Finn, a divorce and personal life coach helping people just like you who are confused about whether their marriage can be saved or not. You can join my anonymous newsletter list for free weekly advice. And, if you’re ready, you can take the first step toward working with me as your personal coach by scheduling a private consultation.

Looking for more support and ideas about dealing with your bad marriage? You’ll find what you’re looking for in Unhappy Marriage. 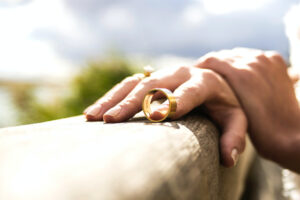 An Unhappy Marriage Is Best Resolved With A Divorce: True or False?

Examining whether your unhappy marriage is best resolved with divorce is the real question. Here are arguments for and against that may help you decide. 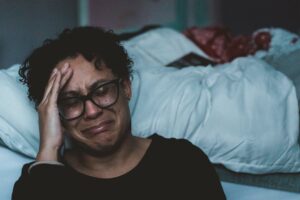 How To Improve A Miserable Marriage 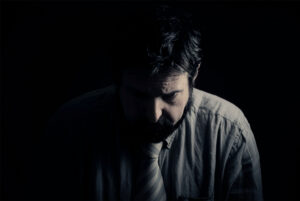 The 1st step of figuring out how to survive an unhealthy marriage so you can make it is knowing what needs work & why. These tips can help you reach your goal.