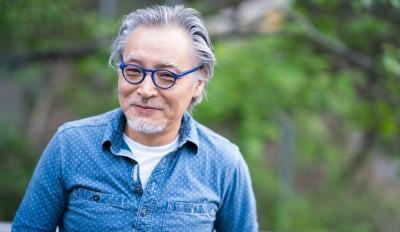 In order to surround yourself with what you love you have to stop settling for what you don’t.

One of the realizations you’ve probably had as you’ve been healing from your divorce is that you learned to accept less than you wanted during your marriage.

Obviously, you accepted less honest communication, less meaningful connection and less unconditional love than you wanted and deserved or else you’d still be married. But in the name of compromise (or keeping the peace) you also accepted other things that you didn’t really want or like: the nagging, the yelling, the strained relationship with your in-laws, or even the color of your bedroom.

However, before you can fully create a life you love you need to learn how to stop settling.

It’s important to recognize what settling is because it’s an insidious habit. It’s easy to put your preferences or feelings to the side for the sake of someone else. And why do you do that? So those other people can have what they want!

When you stop to think about it, settling feels bad. You feel diminished and less than the person you’re allowing to have their way. If it goes on too long, you wind up feeling victimized and unworthy of what you really want out of life.

Now that you know how settling feels and what its impact is in your life, you can begin to eliminate settling from your life.

The important thing here isn’t how quickly you eliminate all the things you’ve been settling for, but that you begin purging them and have a plan for how to replace (or live without) all of them.

After you’ve cut your teeth with getting rid of the things that you’ve settled for, you can start looking at how you’re settling in other areas of your life. Some of the other areas for you to consider are your relationships, your behaviors and habits as well as your job.

What you’ll quickly discover as you eliminate more and more of the things, relationships, behaviors, and experiences you’ll feel lighter. Your world will seem happier and more comforting because you’re only surrounding yourself with people, places, things and experiences that you want. And THAT will guarantee that your life after divorce is way better than it was before you divorced.

I’m Dr. Karen Finn, a divorce coach and advisor helping people just like you who are struggling with moving forward with their lives. You can join my anonymous newsletter list for free weekly advice. If you’re ready to take the first step toward working with me as your personal coach, you can schedule an introductory private coaching session.

Looking for more support and ideas for creating a life you love? You’ll find what you’re looking for in Life After Divorce. 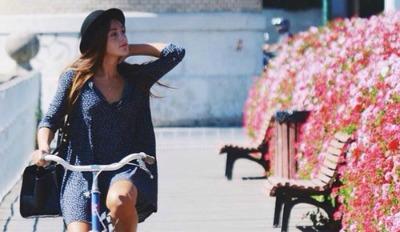 Forgiveness. It’s a powerful word because it evokes a myriad of thoughts and emotions.

Anger about the unfairness of it all.

Revenge because they deserve to feel as much pain as you do.

Justice because they need to learn that they can’t treat people the way they’ve treated you.

Fear because you’re unsure what happens after you forgive them.

Bitterness because if you forgive them, they’ll get away with it.

Calm because you know forgiveness is the next step for you.

Peace because you’ve forgiven in the past and peace has been the result.

Duty because forgiveness is what your religion or spiritual practice teaches.

Confusion because you’re not exactly sure what forgiveness means.

Injustice because you don’t feel like you should have to give your ex anything more.

Vulnerability because you’re afraid that by forgiving them you’ll give them carte blanche to continue hurting you since you’re not doing anything about it.

Depression because you believe you must have deserved to be treated badly in the first place and forgiveness would only validate their behavior.

Victimhood because forgiveness means you’d admit to being a victim of what they’ve said about and done to you.

Process because for most forgiveness doesn’t happen like turning off or on a light switch.

Challenge because every fiber of your being is screaming out for revenge, yet you know forgiveness is the right answer for you.

Exhaustion because you’ve been fighting against the pain and anger for so long that once you finally forgive you finally feel your emotional exhaustion.

Frustration because you’ve tried to forgive and not been successful.

Weakness because forgiveness feels like you’re not standing up for yourself and God knows you need to be able to (finally) stand up to your ex.

These are just a few of the thoughts and emotions that arise at the word “forgiveness”. And for some, these ideas are just the tip of the iceberg of angst that the word beings up. You may even have other ways of describing what forgiveness brings up for you.

Because forgiveness is such an emotionally charged concept, we tend to avoid it.

There’s something comforting in the discomfort of knowing you’ve been betrayed by your ex as you’re dumped into a new way of living because of divorce. Maybe it’s the thought of vengeance or just hating the unfairness of it all. And maybe it’s just being able to blame them for your current situation.

By continuing to hold resentment, you’re avoiding the truth of your new life. You’re 100% responsible for how you address the challenges you’re currently facing.

Yeah, I know that’s not a popular notion, but it’s one I had to come to terms with too when I got divorced. The problem is that knowing that doesn’t do a damn thing to change how upset you are because it’s too big and overwhelming.

So let’s break it down into the 5 reasons you MUST forgive your ex. And the best part about these 5 things is that they all have to do with you.

For most of us, forgiveness isn’t something we find all of a sudden. It takes some work on our part and, at first, that work can seem insurmountable.

But now you’re armed with 5 powerful reasons why forgiveness is good for YOU. So, putting in the effort to forgive and move past the hurt will be easier because you know the payoff for you is immense!

Looking for more help recovering from your divorce? Read more advice in Healing After Divorce.