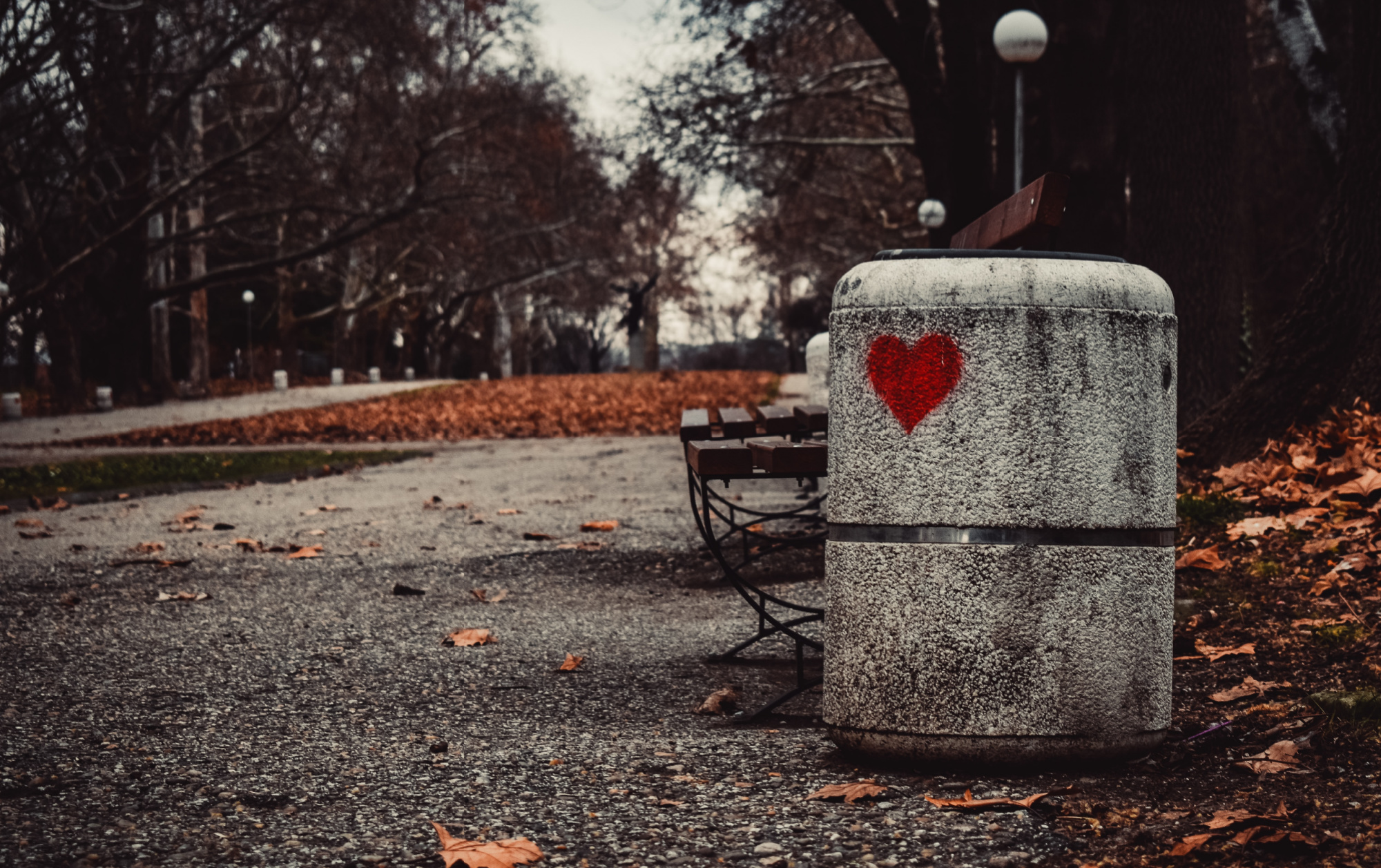 When the color in your marriage fades to shades of gray, is your marriage lost forever? When you and your spouse can’t even agree to disagree, can you ever find your way back to the same vision? Can an unhappy marriage be saved when the memory of happiness seems to have evaporated?

If all you want is a yes-or-no answer to the question of an unhappy marriage’s salvageability, you can stop reading here. The answer, of course, is yes.

But that assumes a black-and-white definition of “saving a marriage.”

If your goal is to keep your marriage certificate in one piece and your assets under one roof, you can “save” your marriage on sheer determination alone.

But marriage, like life expectancy, has evolved over the years.

There was a time when roles were clear-cut and families were built around survival functionality. And most people didn’t live long enough to reap the benefits of a 401(k) or dream about a four-decade retirement.

Today, however, the expectations for marriage have evolved, deepened, and become more complex. People in love with love want the whole enchilada.

Lifestyle, children, security – those are just the basics. People want intimacy. Not just the obvious physical intimacy, but emotional intimacy, too.

They not only want, but expect, marriage to be a source of happiness. If nothing else, it shouldn’t threaten or diminish their happiness.

So asking the question Can an unhappy marriage be saved? has to take into consideration the very concept – and expectation – of happiness.

Unblurring the lines is an important part of evaluating the salvageability of your marriage. Otherwise, healthy boundaries bleed into blame and an inability to effect change.

Accepting “yes” as a short-read answer to a question like Can an unhappy marriage be saved? will leave you none the wiser. So many factors play into the final verdict, including two very important questions:

There are, for example, signs that a marriage can’t be saved. Things like physical/emotional/sexual/financial abuse, untreated addiction, constant criticism, financial irresponsibility, infidelity, and lack of intimacy top the list.

However, we all know of people who have stayed in marriages riddled with one or some of these examples. So it’s probably better to call them “signs that a marriage shouldn’t be saved.”

After all, sometimes people “don’t know any differently.” Either they have never been happy, and they perpetuated their norm by marrying someone equally unhappy…or the emergence into discontent was so slow they never recognized it.

Of course, if you embrace the broader meaning of marriage, then saving that marriage under these circumstances will most likely prove impossible.

The relationship between marriage and happiness is more far-reaching and determinative than simply being married and either happy or unhappy. Marital happiness has a direct relationship with the physical and mental health of those in the marriage.

But what if you’re not so sure? What if you’re asking about the potential to save your marriage because you haven’t yet done the work to try and save it?

What if, perhaps, what registers as unhappiness is the result of both of you getting lazy in your marriage? What if you feel the absence of joy in your life, but don’t know what an unhappy marriage looks like?

Knowing that something isn’t right but not knowing how to fix it isn’t in and of itself a failure. And it’s not an indication that you should throw in the towel.

When it comes to marriage, however, you’re dealing with three deciding entities: you, your spouse, and your marriage. And the third entity needs both the others to show up in order to survive.

Feeling unhappy is a difficult state in which to put forth your best effort, especially when your spouse may not be so motivated.

But, if your marriage hasn’t fallen into the death trap of criticism, defensiveness, contempt, and stonewalling, there’s hope.

Perhaps your sex life has faded into memory. Perhaps your communication is awkward, agitated, or barely existent. Perhaps the two of you are working through an infidelity, or one of you fantasizes about a life without the other.

These are all typical players in an unhappy marriage.

But they don’t have to drop the final curtain on your marriage.

As difficult as it is when you’re “just not feeling it,” this is the moment for a fearless, honest reality check.

Do you believe there’s still love between the two of you? Do you both still want what’s best for one another, even if you don’t know how to make it happen?

Are you willing to look at yourself and your own contributions to the unhappiness in your marriage? Is your spouse willing to take the same risk?

Do you honestly believe that being alone or with someone else would change your state of unhappiness?

Are you willing and able to identify the negativity (even by omission) that you both bring to your marriage? It shows up not simply in what you say, but how you say it. It’s felt by what should be said but isn’t, what should be done but isn’t.

The acknowledgment of and accountability for negativity is critical for saving a marriage in its broadest, most fulfilling sense.

Why? Because negativity has a way of devouring positivity. It’s not a 1:1 ratio of effect. In fact, it’s more like 5:1.

If communication is at the heart of your unhappiness, you may not even be aware of the amount of negativity flooding your relationship.

Likewise, you may not be aware of how “little” the positive additions need to be.

These are the infusions into a relationship that make it grow in the first place. And they were most likely natural and easy when you were dating.

They are also the infusions that make a relationship last.

This, then, is the time to become students of love again. This is the time to put love above ego, seek wise counsel from professionals, and learn the keys for fixing an unhappy marriage.

Can an unhappy marriage be saved?

…well, you know the rest.

I’m Dr. Karen Finn, a life and divorce coach. I help people, just like you, who are struggling with an unhappy or even miserable marriage. For immediate help, you can download your FREE copy of “Contemplating Divorce? Here’s What You Need To Know.” And if you’re curious about working with me personally, you can book an introductory 30-minute private coaching session with me. 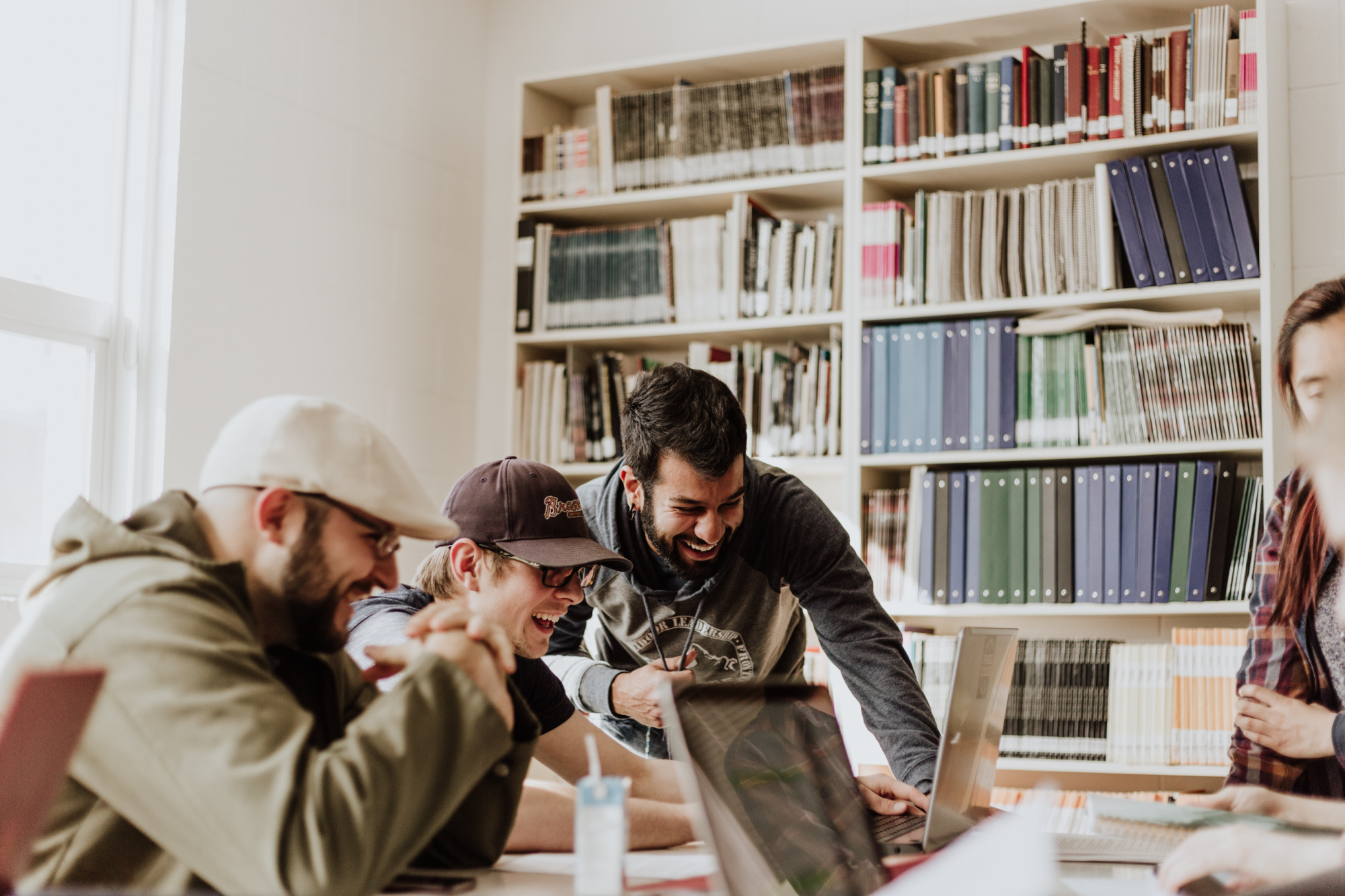 Does raw, “IQ” intelligence override the need for being self-aware? In the workplace, especially, self-awareness may seem like a bonus quality best sequestered to one’s lunch hour or after-work self-development reading.

On the surface, intelligence appears recognizable and measurable by degrees and “quotients.” A diploma from a well-reputed university, coupled with a high IQ, reads impressively on a resumé or CV at first glance.

But education, reasoning, and processing speed don’t tell the whole story. Nor do they suffice for success.

Intelligence is incomplete without emotional intelligence. And self-awareness is at the heart of this soft skill that is present at a high level in 90% of top performers.

But what is it about being self-aware in the workplace that’s so advantageous to its people…and its bottom line?

Your IQ (intelligence quotient) is a measure of what psychologists call fluid and crystallized intelligence. In a nutshell, it measures your reasoning and problem-solving skills by analyzing your visual, mathematical, and language abilities. It also analyzes your memory and information-processing speed.

Imagine a Mensa conference full of Sheldon Coopers tossing around complex theories and manipulating quantum data at lightning speed. (Scary visual, but someone has to organize all those 0’s and 1’s to run the next generation of your iPhone.)

What makes that hypothetical so uncomfortable for most of us is the unrelatability of it – and of the geniuses in it.

What about the emotional side of things? Is the universe really that “binary” and formulaic?

This is where emotional intelligence (EQ) comes in with its own Big Bang Theory and big-bang impact on the workplace and on life.

Yes, understanding quantum physics by the age of four may be a good predictor of future contributions to civilization. But it’s not sufficient to predict success in relationships, nor the kind of flexibility at the heart of adaptability and change.

It also doesn’t guarantee an ability to read and navigate emotions, nor to respond appropriately to others.

Depending on the specific test, a high IQ may be more indicative of a regurgitative memory and good test-taking skills.

While IQ and EQ aren’t mutually exclusive, they’re not necessarily mutually aligned, either.

Being self-aware – in the workplace, in personal relationships, even in solitude – is the “fourth dimension” to raw intelligence. It’s the “exponential” quality that fills everything out, gives it meaning and relevance, and adds the context of emotion.

In our rapidly evolving technological world, self-awareness is the essential difference between robots and humans. (And even that distinction is being tampered with.)

So why is it that great leadership in any area of life requires self-awareness? What is it about self-awareness in the workplace that can be the difference between profit and loss? Retention and a revolving door? Breaking new ground and getting buried by the competition?

Here are 7 advantages to being self-aware in the workplace:

There may be no better example of the power of being self-aware in the workplace than the story of a poor immigrant from Scotland.

Half a century later, Andrew Carnegie was the wealthiest man in America.

He had no knowledge of steel. But he developed an entire industry around it by surrounding himself with people who did.

Carnegie collaborated with a journalist named Napoleon Hill to document and share with the world the keys to his success. You may recognize this influential work as Think and Grow Rich.

In this now iconic book, Carnegie credits all his wealth, all his success, to one principle: the Master Mind.

As you read Hill’s definition of the Master Mind, listen to it in the context of all you have just read about self-awareness.

“Coordination of knowledge and effort, in a spirit of harmony, between two or more people, for the attainment of a definite purpose.”

The Master Mind is the quintessential model for a whole being greater than the sum of its parts.

And this beautiful synchronicity, this explosion of aptitude in the interest of a common goal, germinates in self-awareness.

No one gets to the moon alone. And only a few ever set foot on it.

We onlookers see a rocket, astronauts, and awe-inspiring photos as we take a vicarious journey.

But thousands of visionaries set that journey into motion because they first took a journey within.

I’m Dr. Karen Finn and I’m a life coach. Schedule a 30-minute private consultation for support in increasing your self-awareness so you can become more you in every facet of your life.

Looking for more information about how you better know and accept yourself? You’ll find what you’re looking for in How To Be More Self-Aware.

Posted in How To Be More Self-Aware
Leave a comment