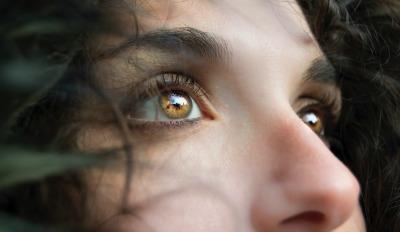 It isn’t quite as cut and dried as you might think.

If you’re like most people, you got married with a certainty of two things:

1. You will be one of the lucky ones who made it to “happily ever after”

2. If your new spouse ever cheats on you, your marriage will be O.V.E.R.

Being certain of two ideas that seem completely opposed to each other seems a bit strange. But that’s the truth of how most of us enter marriage – idealistic and protective.

These ideas reflect the society we live in. We’re taught from an early age to believe in fairy tales filled with Princes and Princesses that fall in love and live “happily ever after.” Yet we’re also taught that not everyone is to be trusted. So if someone betrays you in any way, the relationship with must end immediately.

Now that you’ve discovered your spouse has cheated, these two certainties aren’t quite as clear cut as you thought they were when you married. That’s at least in part because the idea of something is WAY different from the reality of it.

Maybe divorce isn’t the only answer after all. But that doesn’t mean your marriage can simply be repaired.

What infidelity does to a marriage is destroy it – at least the way it was. But that doesn’t mean infidelity destroys your relationship with your spouse.

It’s from the foundation of your relationship that you can create a new marriage.

It’s important to recognize that you will have to forge a new marriage because the old one simply didn’t work. (If it had worked for both of you, your spouse wouldn’t have cheated.)

It’s also important for you to know you’re not alone. According to conservative estimates, 25% of all marriages deal with infidelity. Not all of these couples divorce. They find a way to create new marriages that work better for both of them.

But what makes a wronged spouse willing to put in the enormous effort required to make things work?

The motivation for putting in the work to create a new marriage varies greatly. Some choose to stick it out for social and/or financial reasons. Others out of a fear of being alone or of raising the children on their own. And still others choose to work through the betrayal because they deeply love their wayward spouse.

Luckily, many couples do find a way to salvage their marriages, but it’s not an easy decision to make or follow through on.

Creating a strong marriage after an affair is really a matter of both spouses becoming transparent emotionally and being willing to support and nurture a new marriage.

If you make the decision to work things out after you discover your spouse has had (or is having) an affair is just the beginning of the transformation that must take place if you’re to have a meaningful marriage. But by understanding there’s lots of hard work ahead for you and your wayward spouse, you’ll have a much better chance of creating a new marriage.

If you make the decision to follow the path you set for yourself on your wedding day and divorce, you’ll find that this is just the beginning of the transformation that must take place so you can be successfully single.

Either way, the work you do will help you find your way to your revised version of “happily ever after.”

I’m Dr. Karen Finn, a divorce coach and advisor helping people just like you who want support in figuring out if their marriage can or should be saved. You can join my newsletter list for free weekly advice. If you’re interested in taking the first step toward working with me, you can schedule an introductory private coaching session.

Looking for more ideas about how to deal with your spouse’s (or your) affair? You’ll find what you’re looking for in Surviving Infidelity.