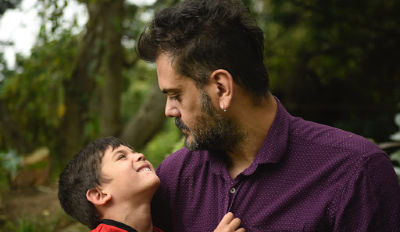 Co-parenting isn’t always the best choice or even possible after divorce.

Nearly everywhere you look online, you’ll find article after article extolling the virtues of co-parenting post-divorce. In fact, some even hint if not outright state that the only way to make sure your kids adjust well to the divorce is if you co-parent.

And many divorce professionals tell their clients that co-parenting is the best way to parent after divorce.

So if you’re divorced or separated and co-parenting isn’t working for you, it’s easy to understand why you might be feeling like a failure.

Yet, before you sink (deeper) into depression being afraid you’re screwing up your kids, you need to know there are some very valid and legitimate reasons why co-parenting doesn’t work for everyone.

This list of requirements is fairly daunting – even if you had an amicable divorce or consciously uncoupled. But if your divorce was strained or even high-conflict, you can start to get an idea of why co-parenting doesn’t work for you.

So, why doesn’t co-parenting work for all couples post-divorce? Here are 13 really good reasons:

If co-parenting isn’t working for you because it can’t (at least right now), that doesn’t mean that your children are destined to be screwed up. What it means is that you’re going to have to be the strong parent that they can always count on – even if it makes you unpopular at times.

It’s by parenting your children with consistency and structure post-divorce regardless of whether you’re able to successfully co-parent with your ex or not that your children will continue to grow, thrive and blossom into the wonderful people they’re capable of becoming.

I’m Dr. Karen Finn, a divorce and life coach. I help people navigate parenting post-divorce including why co-parenting doesn’t work for them. You can join my newsletter list for free weekly advice. If you’re ready to take the first step to working with me as your personal coach, you can schedule a private first session.

Looking for more information about co-parenting with a difficult ex? You’ll find what you’re looking for in Co-Parenting.